Treadmarks in the cattle trails... 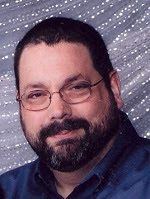 There are many who will say the Wild West never truly died - it only upgraded transportation and weapons. I live out in the Four Corners, where the 'Old' wild west still exists, where it remains unchanged, if you drive away from the cities. Texas is a wonderful place to see that as well, and you don't have to drive far. In certain places, here in the West - along the great river - things only got wilder. The Mexican/American deserts can be wicked places, not only because of the snakes and cactus. There are treadmarks in the dust of the trails now. Outlaws rule vast, open expanses, just as they did in the 1800's.

The land cannot be tamed, and the outlaws are hardly more modern, but for those vehicles and weapons.  William T. Prince, a Texan, brings all this reality to life, far more eloquently than I just have. He does it with a single character, who, amazingly, embodies most of the gun slinging good guys you've grown up reading and watching on TV. Clint is as real as the Wild West gets. He attracts outlaws, almost as easily as he attracts women.

I wished, reading The Legend of Sasquatch - Clint's story - that I was born to grow about 76 inches tall. That is a perfect height to live a perfect life. I'm stuck at Tom Cruise. Not much to brag about. But I weigh 76 inches worth, so, there!

Mr. Prince must be 78 inches tall, because he writes it well. The way...birds can really explain how to fly; if you are it, you can tell it. But, that also means that William T. could drink me under the table. Someday, we might try that. Over a steak the size of our boots. See, the Wild West lives on, because we LOVE IT!

Clint - William - both - exist where extremes are permissible. Big land, big guns. Big people, big ideas. Big hearts - very big crimes. Guess what one thing brings Clint - William - me, for that matter - to tears and trembling? Wide open arms of forgiveness. That is about as extreme, in this West, as you can get. Boundless love, when it doesn't feel deserved. Boundless love, in a place where you may still die for being in the wrong place, near the wrong transportation, speaking to the wrong person. Clint could handle the bad guys, and does, but he was desperate for that love. I adored the chapter where he found it.

Now, I've mixed a lot of elements into all this. So does William T. You can read how he did it, by reading his book. It is the best blending of modern crime and Old West that I've read. Here is my review of it. The story sweeps through its own pages like a twister, picking up every element possible and mixing them together. And it is perfectly written, perfectly - destructively told. William Prince seems to dare you to disbelieve a word of it. And, you won't. Because of Clint.

William Prince writes his character, Clint Buchanan as though he lived that boy's life. He may have, his occupation away from writing is corporate security; he knows law enforcement. He has put Clint in a tailor-made environment, and it reads beautifully - every bigger-than-life moment of it. So, if this is not actually an autobiography hidden within a fiction...Mr. Prince's superhuman life condensed to quick-turning pages...then it must be a biography still. I'm convinced that 'Clint' was someone Prince knew. I'll just ask. The settings are real enough. I've been there. The author mentions so many familiar places, it only helps to cement his character in my mind, as a breathing human. I like that a lot. In a place so big, they like to say it's like a 'whole other country'...and it is all known to me. The whole damned State of Texas within those pages.

Yes, the whole thing is large enough, there will be a second book, sometime early this year. After meeting Clint, you will be waiting for his return: The Education of Clint Buchanan. Watch Mr. Prince's website for news about that. Well, he's reachable in lots of places. Here, here, and here.

Do steak joints really cook steaks, big as your boots? Hell yes! You don't get out much, do you? Not out West, that's for certain. And, stop thinking they are cooked. That's city talk. Damn! You need to read The Legend of Sasquatch. It's a travel guide for non-Texans, and will teach you at least enough that you won't look too silly when you come out. Leave the dorky clothes home when you come, too. We can tell you've never worn boots, by the way you talk.

I turn the space over to my guest:

Thank you Mr. Prince.  It has been a pleasure. Watch in the comments for other questions. They sometimes crop up there.

.
Posted by Joel Blaine Kirkpatrick at 7:00 AM