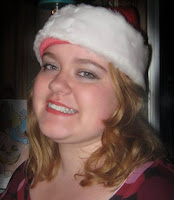 Heather 'Kitty' Paye:  if you are not instantly in love with this delightful Imp, then you are made of stone. Sour, sour stone. This bundle of giggles and fun, was the most endearing find of my entire Indie year. 2010 is precisely the number of laughs she has provided. (really....more like a bazillion) She has some hundred names, in the some hundred places you can find her online, but I call her Kitty. That's the name I put behind the @ when I'm out for Twitter mayhem. She usually beats me to it.

Oh, this person isn't just a youthful presence propelled by mirth - this is a novelist - a writer; a proper author, of a wonderful book about a childhood. When I began to read A Gift From Above I began to grin, and highlight the text in my Kindle copy. It opens as a book of rainbow colors now; Kitty put me in stitches all over the place. I have kids, I know how they behave. Kitty told God's truth about what they think and feel.

Could I have written that well, about childhood, at her age? No. Writing hadn't been invented when I was a kid. My brain wasn't functional until just after college. I was still communicating in grunts and moans. Had I figured it all out, the way Kitty has, I'd be offering eighty or ninety books now. I hope she never runs out of words. She doesn't seem likely to... run out of words...she texts the way other humans breathe - about every eight seconds. Linked texts. They appear simultaneously in almost 40 places.

"About what?" you ask?
Everything.

No subject is mundane. No thought wasted. No smile unshared. I suggest you follow her on Twitter (@kittynadem ) just for the delightful, dizzy feeling that you get. Kitty thinks with her keyboard, at the speed of thirty cups of coffee. (Which she does not like.) I believe she is the first bubblegum powered human. 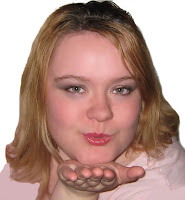 I didnt' ask her any questions for this New Year's interview. Questions would have gotten in the way. But, we talk that way, over the web, when we run into one another...we just throw thoughts at each other. Between the chuckles, cool things are said.

So, what about this fabulous book?
It gave me a glimpse at the secret Heather C. Paye. She does not live her life, as her online personality would suggest - either manic or deeply asleep. Between the words, and costume changes, is a serious, thoughtful young lady. (She's laughing out loud suddenly.) Celia, her playful main character is not Heather, not an alter ego, yet Celia learns something devastating in her quest for attention, and reacts in exactly the manner that Heather would have reacted.
Utterly calm.

I will let you find that discovery, within the book, for yourself. It was a deeply satisfying truth to learn about Celia, about Kitty, because it was within that event in the story that I began to really see how well the entire book was crafted. Without making it evident, Kitty was showing me something without discussing it in plain text. You get to discover that on your own as well.

You could read my review of the book; I may have given most of these pleasing secrets away there. But it would be nice if you found it the way I did. It was quite unexpected. I had been enjoying the book, but then, found I appreciated it as well. It would be a shame, to think it is only a kid's book - it is YA - and yet, it is so much more than that. I must admit though, I've a lot of kid left in me...years and years worth.

There should be an interview here, somewhere......


Ohoo, here ya go, Joel! If you need anything else, just let me know.

(Note: Joel, I think I went a bit URL happy. And I’m a bit of a babbler, so feel free to cut and kill whatever you want to!) That's fine, Kiddo. Here we go...

Two three-year olds sit discussing lunch with a four-year old. Who mentions bacon first?
I started writing my first novel when I was nine-years-old. I had written two short stories and right away, I decided it was time to make something bigger. It took me about four years to finish, but I became addicted to writing. *sigh* It wasn’t my fault. You see, I would have never thought just “anyone” could be a writer if J.K.Rowling didn’t say so in one of her interviews! That’s why I started writing. 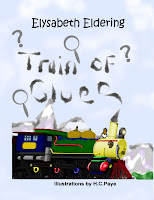 Can you tell the difference between Coke and Pepsi? I can’t.
I do many things in my spare time. One of my favorites is helping others create their own books. Some of my bigger projects include doing the illustrations and layout for Elysabeth Eldering’s Junior Geography Detective Squad series, http://jgdsseries.blogspot.com/ and I’m doing the book cover, layout, and website for J.M.Levi’s MoonZeLent series http://jmlevi.webs.com/. I post most of the work I’m doing on my graphic design website http://hpayedesigns.yolasite.com/


In Fear and loathing in Las Vegas Hunter S. Thompson wrote... "Order some golf shoes," I whispered. "Otherwise, we'll never got out of this place alive..." What does that mean to you?
To date, I have one novel and one anthology published. A Gift from Above and For You, From Me.
Santa brought you a new smart phone for Christmas, didn't he?
I have so much in the works right now I’m having trouble prioritizing them! I have one novel, The Jewel of Onsolot, that is the start to a spectacular series of nine, The Artifact Series, which I am in the process of editing. After it’s all done, it will be released by Wild Child Publishing. I’m still writing the second book in The Artifact Series, The Cloak of Erason, it is about 60% finished.

Yes, Taco Bell has Wifi! Whoda thunk it!
A project I’m really excited about is Howl, a novel I wrote for NaNoWriMo http://www.NaNoWriMo.org/, all I have to do is finish up the ending and then get to work editing. I’m hoping it'll be ready in 2011.

My favorite pie is pecan.
Cherry....Pumpkin.
What's yours?
Finally, I have a short story anthology that I’m putting together for Father’s Day 2011. http://old-man.webs.com/  It’s just like the Mother’s Day anthology, For You, From Me that I put together earlier this year, except this year we have editors and all of the entrants receive a PDF copy of the anthology after it’s finished and before it’s released to the public. I’m accepting entries for it right now, and to be honest, I’m getting a much smaller amount of entries than I expected. It may be because the website URL sounds creepy… If not, I have a feeling it’ll start picking up as soon as the new year rolls around. (I'm entered!)

DO YOU EVER SLEEP?
What’s my favorite pastime other than writing? *silence* Uhh… sometimes I’m a normal teenager. Does that count as a pastime? Oh, I love to watch good quality movies on my laptop with my awesome Realtec speakers! I’m almost always listening to music no matter what I’m doing (beauty of working at home). I LOVE to play piano, guitar, and record my own music. I’m probably not as crazy about reading as I should be… Oh, and I love to annoy my Twitter, Facebook, and MySpace followers/friends.

Thank you for featuring me on you blog, Joel! Can't wait to see the interview up
In one hour, you won't have to wait. It's 10:52 PM, December 31, 2010 right this moment. I'll be up, surely you are. I wonder how many seconds before you notice the post....Happy New Year, Kitty!

***
One other place to be blessed with Heather's wit, is her excellent blog 'Down to the Core'. She's also runnerup for the 'Mad Hatter' award over at Bestsellerbound.com. I'm clearly in the lead there, but bow to her impressive lunacy. Thank you, Heather Kitty, for being the first Indie author on The Tale's The Thing in 2011. It's as fine a beginning for the new year as I can imagine.

Posted by Joel Blaine Kirkpatrick at 12:00 AM